A trio of Marine Creatures from the Late Jurassic, as depicted below: 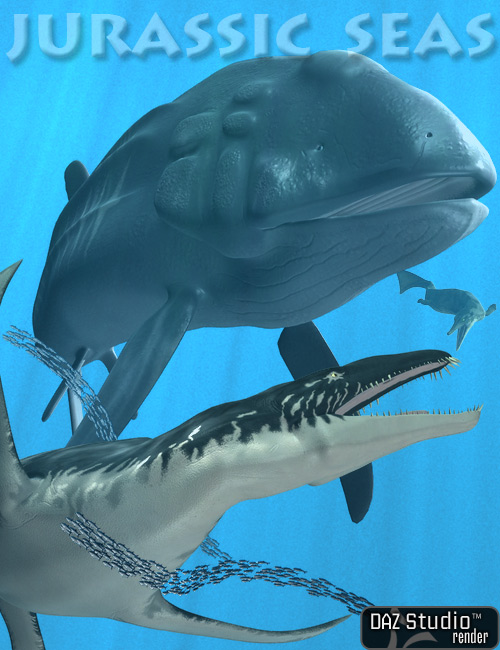 DS Usage: Files should load correctly in DAZ Studio from the Poser Library icons, with DAZ Material presets loaded in their appropriate locations.

The Jurassic Seas series contains denizens of the oceans and seas of the Late Jurassic period, about 155 Million Years ago (mya) - the period of the Mesozoic 'Age of Reptiles' when the giant iconic dinosaurs Apatosaurus, Diplodocus, Stegosaurus, Allosaurus, and their kin ruled the land. Other reptile groups dominated other environments: the pterosaurs in the air (although some flying dinosaurs - birds - were starting to diversify), and the plesiosaurs, ichthyosaurs, and crocodilians in the oceans. This Pack contains three of these contemporaries…

Liopleurodon possessed the largest jaws of any currently-known reptile (although this may change VERY soon - see below), substantially larger than Tyrannosaurus or any predatory dinosaur. It was a 'pliosaur' or short-necked plesiosaur, and it and its kin were almost certainly the apex predators of the Jurassic seas. there was probably nothing in the sea large enough to safe from attack by a hungry Liopleurodon.

An adult Liopleurodon was probably 10-15 meters in length - about 30-45 feet. Some have speculated that they grew much larger, and there ARE fossils of substantially larger pliosaurs - but there is insufficent evidence to state that these larger pliosaurs were actually Liopleurodon. In 2002, fragmentary pliosaur remains were found in Mexico (The Monster of Aramberri) which were the size of a large adult Liopleurodon, but which were also clearly from a juvenile specimen. There were strong indications that this juvenile giant was killed by an adult pliosaur about 30% larger still.

Furthermore, in 2007, an even larger pliosaur fragment was found on Spitsbergen in the European Arctic. Dubbed Predator X for now, pending further study, this may be the same type of pliosaur that had killed the Monster of Aramberri - at least, it is of a similar size (the flipper alone was 3 meters long. It is likely that neither of these huge pliosaurs were Liopleurodon, but they may have been closely related. (For the time being, the Liopleurodon model can be used to represent Predator X in images) 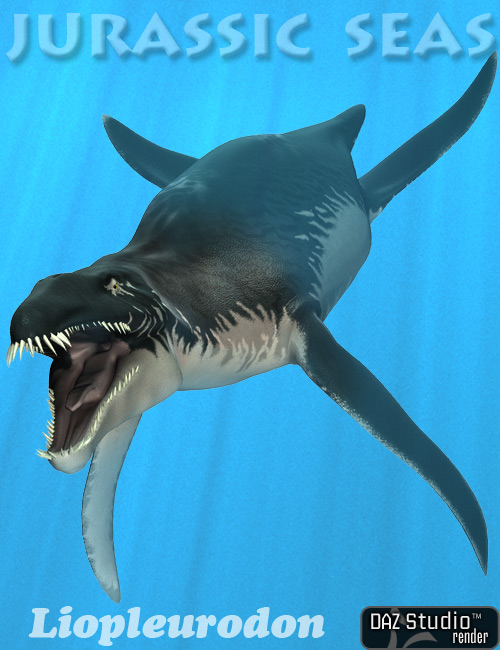 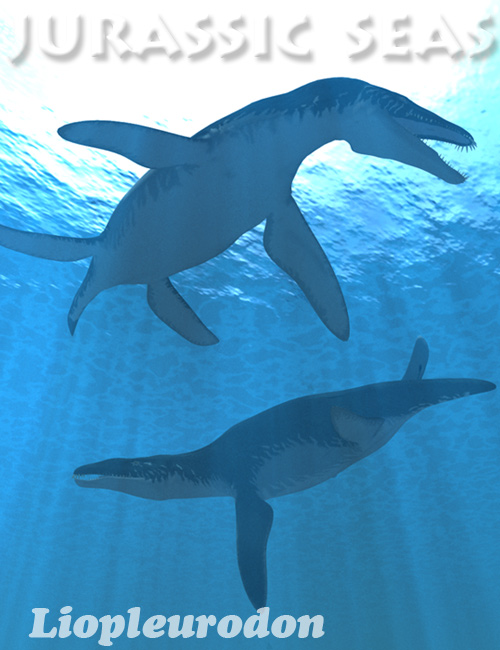 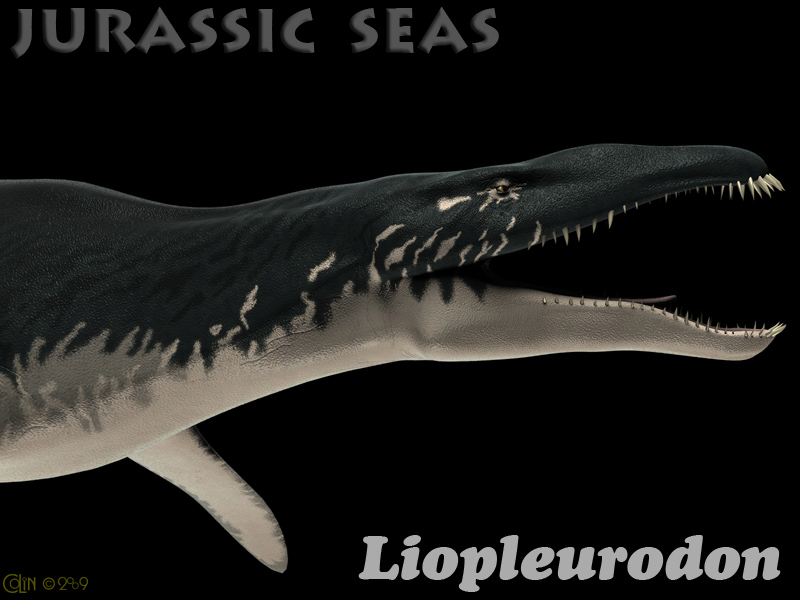 Leedsichthys was the largest fish ever known - larger than the modern record holder, the Whale Shark, it probably rivalled the largest whales of today. Like these modern giants, it was a filter-feeder, feasting on the smallest creatures in the sea - tiny plankton, shrimps, and small fish. Although its skull and tail are known from fossils, the rest of its skeleton is only known from fragmentary remains, so its exact shape and size remain somewhat conjectural… However, with a tail 5 meters tall (15+ feet), it was clearly huge. Leedsichthys was a pachycormid fish, with a bony skull which included some fairly large 'plates'. 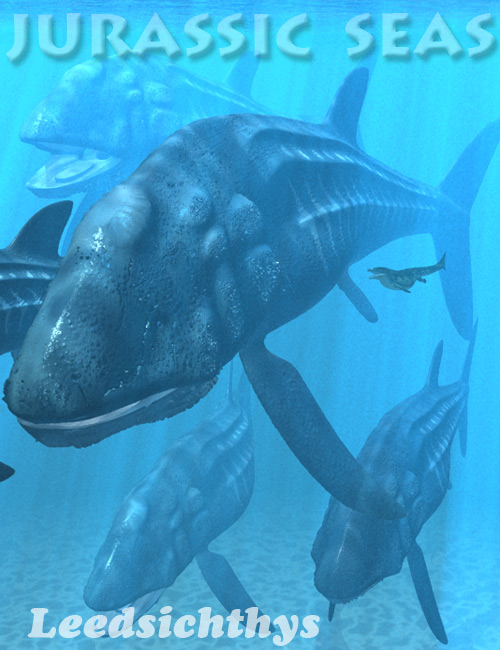 Not everything in the Jurassic Seas was a giant. The marine crocodile Metriorhynchus was 'only' about 3 meters in length (10 feet), but it was a significant predator nonetheless. Superbly adapted to a life in the sea, its legs were flipperlike, and it had lost the bony scutes on its back typical of modern crocodiles, in favour of a more streamlined skin. Its tail had a tall fishlike caudal fin, like its very distant relatives, the ichthyosaurs - like them, the tail vertebrae were contained in the lower lobe of the fin. In spite of the size differential, it likely fed on Leedsichthys when the opportunity arose - old or sick individuals might not have been able to swim fast enough to avoid losing a sizable chunk of flesh to a hungry croc. 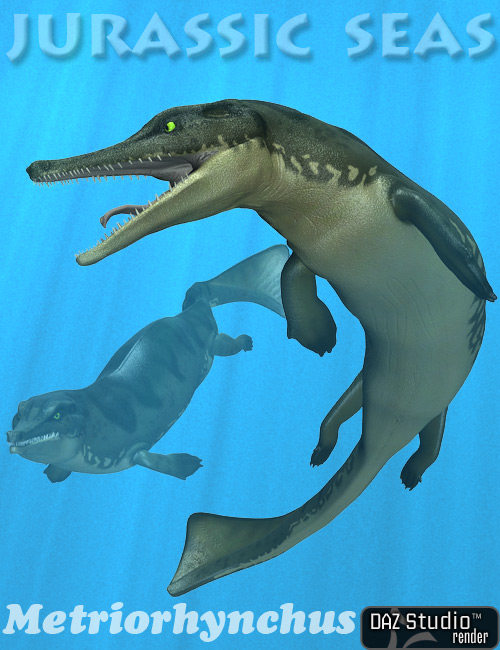